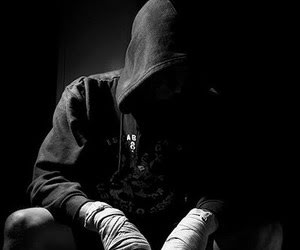 The din in the background is almost ear-splitting, the flashing of lights and disorientation feels worse than usual.  Earlier in the fight, I could even make out individual voices in the crowd, closer to the ring, all giving their own, expert opinions to each other on everything I’m doing wrong. Now it’s just a din, a haze of shrill ringing, flashing lights and noise that screams relentlessly inside my head.

I don’t remember what round it was when I went down.  I think it was the 5th. He’d feigned a left jab, then came over the top with a chopping right that caught me flush on the temple. The chopping right hand that Ray; my trainer, had been warning me about and prepared me for, all camp. They say the punches that hurt the most are the ones you don’t see coming.  Fucking too right. When that right went in, I didn’t get that split half-second to tense up, bite down hard on the gum shield, harden up my jaw, let my body fill with more adrenalin, and brace for impact. My legs buckled and I went down, the canvas hard and cold. Luckily, my head cleared fast and I took an 8 count before the bell saved me ten seconds later.

Ray is talking to me up close, I can smell the putrid odor of his chewing gum as it hits my nostrils, why is my sense of smell so acute when everything else is broken up and battered?  I can see his lips moving, but there’s no sound, I only catch odd words in his sentences, but I hear him say it’s the final round and only three more minutes to go. He’s telling me to stay away from him, to box at distance, dig deep, not to trade and I’ll win the fight.  That must mean I’m ahead.

Last round. Just one more round.

I raise my head, squinting with the swelling around my eyes and look across at my opponent.  He looks how I feel, and for a fleeting moment, I think I’m looking directly into a mirror. I’ve boxed and beaten this man, mercilessly all night and hit him with absolutely everything I’ve got.  And he kept coming after me. Whatever happens in the next three minutes, I know this man will stalk me in my dreams tonight.

Everything hurts; pain beyond pain, my ribs and stomach muscles locked into tight spasm from the onslaught.  Blood trickles from the stinging cuts above my eyes I see the claret on the sponge and swabs Ray throws into the plastic bucket by my stool.  Then, the sensation of cool water on my head and it runs down onto my burning shoulders. I can even make out pockets of steam rising from my skin.  I want my wife, who isn’t here and never comes to my fights. I just want to collapse into her arms, have her hold me close to her chest and feel her fingers cradled around my head, away from this pain.

I hear the seconds-out alarm, the ring begins to empty and I rise slowly from my stool, leaving just him and me staring at each other. Just him and me. Two warriors. Both given everything, both taken everything and now it’s down to sheer will. It’s not about the belt anymore, and not about the money.  As we lock eyes, I know he’s thinking the same and, like me, he’ll just not give in.  Never.  At the center of the ring, the referee with blood on his shirt says something I can’t make out and we touch gloves.

Last round. Just one more round.